It’ll all be alright in the end 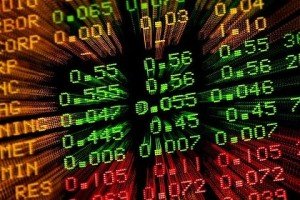 It’ll all be alright in the end

Summary – It’ll be alright, in the end

So, its been a bit of a rough ride on the markets over the last month, on the face of it confirming my comments on the markets in July and August. If you recall, in July I talked about extending the minimum equity holding period from 7 to 10 years and in August I suggested that St Ledger Day, 12 Sept, might be too early to come back into the market. As we have moved into the correction of the last few weeks there does not seem to have been a significant amount of panic.  That may be because investors were more interested in trying to find some sun in a somewhat sunless summer.

However, some of the more serious commentators, those still in their offices, have been analysing the recent market movements, concluding that there is a bit of a disconnect between the figures being bandied around that have been the trigger for this correction, and what is actually happening on the ground in the real economies of the world. I’ll give you an overview of the markets first, to give you some context for my comments on the regions afterwards.

Across in the US the S&P 500 is down 3.5% on the year while the NASDAQ is up 2%. Just to recap, the current correction started on August 11 when the People’s Bank of China abruptly and unexpectedly devalued the yuan (which is pegged to the USD). As China’s stock market continued its fall from its June high, the PBoC lowered its policy interest rates on August 25 for the fourth time this year. Lets see if we can identify whats going on here, starting with the US

US – a benign picture

Wages, steady; consumer confidence rising steadily; business investment, strong; house price inflation steady at around 5% pa; GDP a not unreasonable 3.7% pa after strong upward revisions to the initial call. Inflation – flat at around 1.25%; so personal income rising in real terms and chances of a September rate hike low In summary the US economy is in reasonable shape, certainly stronger than expected. Unemployment is only a whisker away from the all important 5%, although non-farm payroll growth remains tepid Fed meets 17 Sept, and a rate rise could go either way, although its likely to be the markets which will determine the outcome, not economic data.

In many ways, Europe has been the world’s best performer this year, maintaining its recovery in both economic growth and corporate profits. Europe is vulnerable to a China slowdown, as Germany in particular sends nearly 10% of its total exports to China Conversely, the German consumer is consuming – in style, and retail sales are growing at their fastest rate in decades Eurozone unemployment continues its gradual decline and now stands at 10.9%, down from its peak of over 12% at the beginning of 2013. The ECB kept rates low and unchanged and boosted its interventions in the market in August to counteract market volatility Also, core inflation has bottomed and the risks of deflation seem to be receding, as expected; at the same time money supply has risen rapidly this year, normally a precursor to rising inflation and asset price growth The UK continues its steady recovery, with GDP growth steady at 2.6%, to the point where some commentators are calling an interest rate rise before the Fed

China devalued, only by a couple of percent, but the break of the fix to the US Dollar, although small, raised the spectre of further devaluations as China has in essence created another tool to manage its economy. To be fair, one can’t blame the Chinese, stuck with a strong currency linked to a strong dollar whilst the rest of the world gains competitive advantage by devaluing their currencies. China is slowing, has been for years, as any developing economy transforming into a developed economy must do. A developed economy cannot continue to grow at 10% pa. In fact China’s growth rate today is probably in the region of 4 to 5% rather than the official 7%. Indeed, the change is not all bad, as China rebalances away from a polluting, heavy industry economy to a service and consumption driven economy. Indeed, the service sector overtook the industry and construction sector in 2013 and the gap continues to widen fast.

I am grateful to Chris Derbyshire at 7IM for pointing out some interesting stats that show how investors, short term investors in particular, misread the runes in the data and get themselves, and their computerised trading programmes, in a twist.

So, investors see stats such as China’s oil imports down 43%, iron ore imports down 45% and total imports for the first half of 2015 down 16%. China is blamed for its slowing economy and slowing imports which drive its trading partners not recession. However, what we see here is data distorted by the huge rise in the value of the US Dollar (in which all commodities are priced). In fact, China’s oil imports are up 8% year on year in barrel terms. Its imports of iron ore, in tonnage terms, although flat, have not shrunk and total imports in volume terms (rather than value terms) are at an all time high, so these figures present a picture of an economy continuing to move forward, if changing

So, if its not actually that bad in real economy terms, why the volatility. Well, it seems the yuan devaluation caused a flurry of portfolio restructuring in the forex markets, with many traders becoming forced sellers. This rapid unwinding was enough to have a significant impact on capital markets globally, creating forced sellers in other asset classes. Once you add in the impact of computerised trading programmes, particularly high intensity trading programmes that act without human judgement, you have a recipe for extreme volatility.

Certainly we are not into global recession territory, by any means, although the road to normalisation after the 2007 financial crisis will be long and erratic. I still stand by my comments in my 5 Jan commentary that we are on the threshold of a generational economic upturn, although the first 5 or 7 years will be erratic, so keeping a 10 year investment horizon for the moment is probably prudent.

As to St Ledger Day at the end of this week, I doubt we will see much movement immediately, but the following week, the 17th, could prove interesting as we see the outcome of the Fed meeting. Well, that’s it for the moment. Keep your chin up and remember, it will all be alright in the end, and if its not alright at the moment, its not the end.

That’s it from me. Thank you for listening.

Have a very good week. Take care and go well. 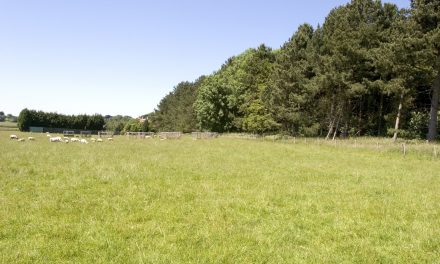 Family and the Forces 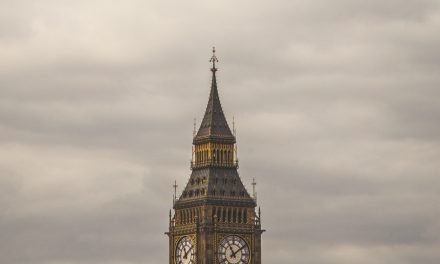