It became clear during the St Laurence Ethics Forum that strong values and good leadership were fundamental
to the ethical delivery of education and the maintenance of integrity and ethical standards.

It was a privilege to chair the third virtual St Laurence Ethics Forum for the Ampleforth Society on 30 July, which debated the ethics of education in the pandemic. Our guest speakers were Robin Dyer, Head of Ampleforth College and Kieran McLaughlin, Head of Durham School and an Ampleforth College Trustee.

Members of the Society can log in to Ampleforth Global to watch the recording. It is also available on our open YouTube channel. It will be of genuine interest to anyone involved in education at this time, whether they be a student, parent, teacher or a prospective employer. 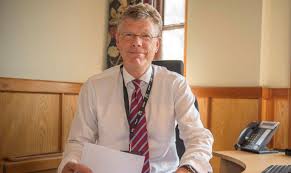 Robin Dyer took over as Head at Ampleforth College last year, coming from a distinguished teaching career at Wellington College, including fourteen years as operational head. He is now the driving force behind developing the highest calibre leadership team, upgrading and implementing teaching, discipline and pastoral policies and furthering Benedictine values amongst pupils and staff.

Dyer is also a strong supporter of the Ampleforth Society and is keen to help it become one of the most influential global Catholic networks.

Kieran McLaughlin has been the Head at Durham School for the last six years. Durham is an independent co-educational day and boarding school with around 550 pupils aged from 3 to 18. He became a Trustee of the St Laurence Education Trust last year and brings with him a wealth of experience in teaching and leading at prestigious schools including City of London Girls, Rugby and, of course, Durham. McLaughlin has also been heavily involved in educational policy and leadership initiatives at the national level, working with the HMC and the National College of School Leadership. 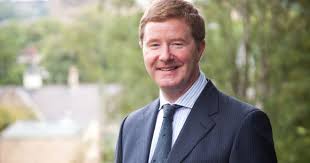 The purpose of education

While not underestimating the challenges of building an e-learning programme at short notice, Dyer and McLaughlin both focused on the ‘why’ of education as they designed their digital schools. They understood their project needed a strong foundation in the form of a clear vision and understanding of the purpose of education.

Education is not all about grades and ‘teaching to the test’ as Dyer described it and which he sees as a fundamental fault with British teaching methods. The real purpose of education is to prepare children and young adults for life after school. Education is therefore as much about developing personal skills, values, flexibility, resilience, problem solving and entrepreneurialism as it is about achieving good grades. This principle quickly enabled both heads to identify the key pillars of their digital schools.

In the first place, both had to consider how to hold their communities together. For the young, friendship, contact, learning to live together are essential parts of growing up. Ampleforth adopted a mantra of ‘distant but not apart’ and gave a high priority to maintaining the Benedictine values and community spirit of the physical College. Durham homed in on the power of flexibility and personal contact. The schools saw their role as providing support to both pupils and parents forced to stay at home, often unwillingly and in potentially stressful situations.

For Dyer, the impetus to provide education in this ‘distant but not apart’ environment was as much a blessing as a challenge. The pandemic enabled him to accelerate his move towards education by Independent Thinking, Learning and Coping (ITLC), which will be the centrepiece of the five-year vision for the College. Dyer and McLaughlin were enthusiastic about the way both teachers and pupils had risen to the challenge of their new education world.

Teachers had quickly got to grips with the technology. They had taken it much, much further than merely sending worksheets to pupils. They showed real enthusiasm and creativity in designing programmes and activities to substitute for the physical classroom. They experimented and took risks. In particular, they discovered how to build small, classroom-sized digital communities that served as microcosms of the school as a whole.

The pupils played their part by adapting to and engaging with the new environment. They acquired new and resilience-enhancing skills and independence in a few months that the ITLC initiative might have taken somewhat longer to deliver under normal circumstances.

We also considered the widening split between those still receiving quality education from dynamic and responsible schools, and those who did not. Surveys by the Office of National Statistics and the Sutton Trust both highlighted the difficulties experienced by children, particularly of less-affluent parents, of getting a good education during lockdown. These findings were of profound concern and suggested a shameful lack of leadership and an abdication of responsibilities to the young.

Both speakers were supportive of the Eton College initiative to deliver e-learning to State schools. Dyer told us that Ampleforth had made a similar facility available to State schools in Ryedale. He also described how his previous school, Wellington, had established an academy in a nearby deprived area, which had had an enormous impact on education in the area. Dyer expressed concern that the Academies programme seemed to have stalled. Both Ampleforth and Durham wanted to help. However, resources were limited, and some sort of extensive bursary programme would be essential.

The more significant challenge, however, is, the prevailing culture and lack of imagination and drive, even from some independent schools. Dyer and McLaughlin were both adamant that, in difficult times, it is more important than ever to step up to the plate. Yes, there are always challenges, which leadership, imagination and resourcefulness can overcome. The statistics are deeply worrying, not least for the potentially revolutionary impact that the education of the future, probably a hybrid of on-site and on-line, could have on the lives of today’s youngsters.

It was a pleasure to hear from Dyer and McLaughlin about the practical and ethical issues involved in delivering quality education to the young during the pandemic. Not everyone will agree with their comments and opinions. However, it was clear to me that strong values and good leadership were fundamental to the ethical delivery of education and the maintenance of integrity and ethical standards in schools.

I write as Managing Trustee of the Ampleforth Society. I believe this to be an accurate record of the forum which I chaired (the recording of which can be viewed online). My views are my own and may not represent the views of Ampleforth College or Durham School.

What do you think?

Your views are important and your fellow readers would love to hear your opinion.
Share your thoughts in the comments box below, and thank you for your time and generosity.